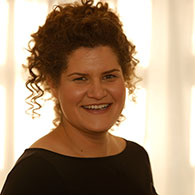 Odeleya Berlin is an Israeli Orthodox singer, pianist and songwriter. She is well known in Israel as a woman representative of new Jewish music. Odeleya is  the daughter of the eminent clarinet player (Klezmer), Moussa Berlin, with whom she collaborates on stage and on recordings.

She has released three albums so far: Shvil Shel Or (Path of Light) with her original songs and music, in addition to two albums of melodies and Tfilot (prayers) for Yom Kippur (Day of Atonement).
Odeleya is known as a singer who sings for women. She leads a professional women’s ensemble and together they perform in many diverse places. Ochila, her program of songs and Tfilah before Yom Kippur, has been playing  for 8 years in Jerusalem and in Tel Aviv for an audience of 3000 women and is regularly sold out a month in advance of the performances.
Odeleya combines traditional music with modern Israeli music and is a leader of new women’s orthodox music.